Skip to main content
COVID-19 vaccinations on campus will be mandatory from 14 Feb 22. Find out more here.

For someone who’s passion is making education more accessible to other Pacific people and breaking down barriers to tertiary education, Jahan Miller, the Pacific Supreme Award winner, is humble in her celebration of her own success.

For someone who’s passion is making education more accessible to other Pacific people and breaking down barriers to tertiary education, Jahan Miller, the Pacific Supreme Award winner, is humble in her celebration of her own success.

“My view is that I'm only doing what I’m supposed to be doing. I don’t feel like I'm going above and beyond - all my study, being involved in Pacific initiatives is just natural.”

From an outside point of view however, Miller’s work is anything but ordinary.
Miller was nominated for the supreme award by Ariana Letiu- Team Lead for Māori and Pacific Student Support, for a whole list of reasons: her role as a Pacific mentor, a Pacific peer tutor, student ambassador, various community activities, her standing as an A-grade student and her work for Ara as the Pacific Education Navigator for the Cultural Home project. 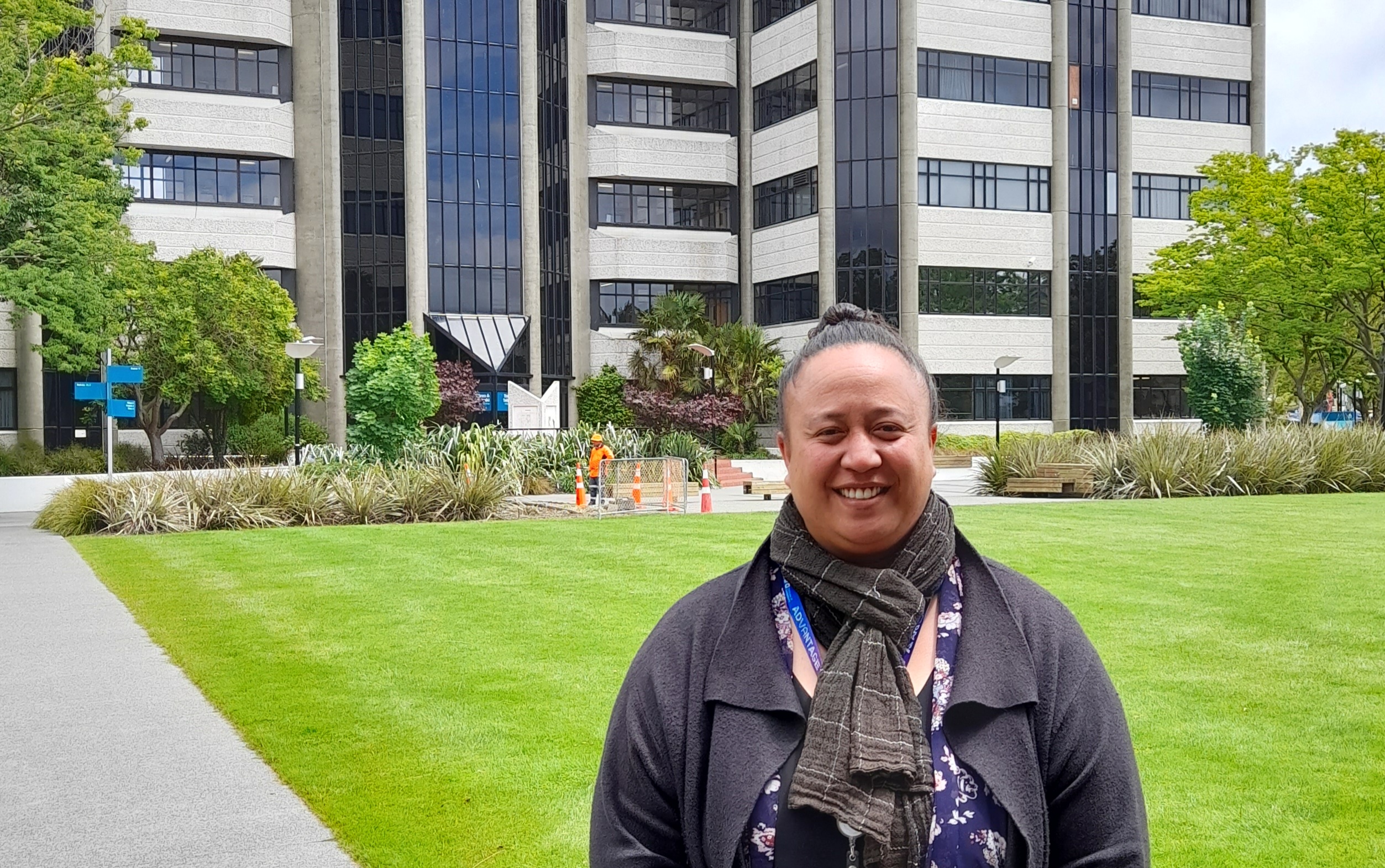 Earlier this year, Miller finished her New Zealand Diploma in Business – Management and Leadership and is now halfway through her Graduate Diploma in Innovation and Entrepreneurship. Since March she’s been working part-time for Ara, supporting Pacific learners and their families to overcome barriers to higher education.

“The barriers can be really simple things that people either overlook or overthink, things like transport, financial limitations and especially knowledge of tertiary study, because a lot of Ara’s Pacific learners are first-generation. And in fact, these barriers are not specific to Pacific.”

Although not first-generation herself, Miller has experienced what this is like through the eyes of her Samoan husband. She proudly explains that her husband was inspired to start his study journey with Ara, after coming along to the Eke Panuku awards in 2020 and seeing her receive a department award.

He’s now enrolled in a foundation course before going on to the Bachelor of Social Work.

“As a first-generation learner a barrier that he has faced, which I share with other Pacific learners, is that he’s super intelligent, super hard working and has amazing family values, but he had nothing on paper for academic requirements.”

Miller says a big thing for Pacific Island people when it comes to tertiary education is not believing they can do it until they see other people from their communities do it too.

“Ara has amazing support for Pacific people and it’s about getting the word out there and making it more accessible. For a lot of our people, it’s taboo to ask for help.”

As a mum who is working and studying, Miller says she’s breaking some traditional stereotypes for Pacific women and hopes she can inspire others to forge their own path.

“My research on study barriers for Pacific Islanders is a very interesting space, and there’s a lot of work to do. I'm very passionate about it, being of Cook Island descent, but also having children that may eventually be in that space.”

Although she was born in Avarua in the Cook Islands, Miller has lived in New Zealand all of her life.

“I grew up knowing the whole time I was adopted. I remember when I was five and going to school, that my mum told me to stop telling everyone I was a doctor,” she laughs.

“You know, it was never a secret, I’ve always been quite comfortable with who I am, and I had the best childhood ever.”

In her work with Pacific families Miller has had the chance to reflect on her own background, and she says she’s very grateful for her supportive upbringing.

“My background has been very diverse in terms of not being brought up in my culture. Through school I was involved in a lot of cultural groups, kapa haka competitions, Cook Islands dancing. I enjoyed all that stuff, and my parents encouraged that.”

Now with her own two kids, Miller says in her own words she’s “one of those parents” – meaning she’s passionately involved in all aspects of their development.

Outside of study, Miller’s been doing some amazing work in the community, including as a founding member of the Māori and Pacific Island Parent Rōpū at her son’s school, Christ’s College.

This committee has been instrumental in increasing cultural awareness and recognition in the school, with tangible outcomes in the form of korowai (Māori chief capes with the feathers) for the Principal and the Head Boy, flying the Māori flag for Te Wiki o te Reo Māori and the appointment of a Māori counsellor at the school.

“As part of a parent committee, it's quite empowering for us to be able to have that freedom of voice. We’re creating better environments for the future, for our kids to grow up in.”

“We're going to do the flags for Pacific language weeks too – I'm working on that.”

Miller is also a board member for Tamai Sports, an organisation which aims to put youth sport at the heart of the community   by creating sports teams and assisting with uniforms and equipment, transport, supervision and coaching.

Always looking for the next challenge, Miller wants to form a cultural advisory board for Tamai Sports to increase cultural knowledge and activities in sport.

“It could be anything simple like at the start of a rugby game they may sing a Fijian song, and at the end of a game they do a haka - acknowledgments that represent cultures within the Tamai community.”

Looking back on her Eke Panuku award, Miller is appreciative of the acknowledgement because it shows her work is meaningful.

“In my eyes, this line of work is so sustainable. There’s always going to be Pacific people and they’re always going to face some form of barrier. So where could solutions to barriers be implemented in their journey, to have a greater effect? To eliminate barriers and eventually make my job obsolete is my goal.”

Read the full list of Eke Panuku award winners here and watch the online video of the awards ceremony here.